Bronchitis is a term that means inflammation of the bronchi in the lungs. The bronchi are air passages that connect the windpipe (trachea) to the lung tissue. The trachea connects to 2 main bronchi which branch many times to form a network of increasingly fine passages (bronchi and bronchioles). These fine passages end at microscopic sacs called alveoli, where oxygen is taken up by the blood. In bronchitis the bronchi become inflamed or secrete excess mucus onto the lining of the bronchi.

The inflammation is usually caused by a viral infection such as cold or flu or a secondary bacterial infection (infectious bronchitis). However, bronchitis can also result from inhaling substances that irritate the lungs, such as chemical pollutants, dust, ammonia (used in some cleaning products) and smoke. People who have other lung problems, such as asthma, may get frequent attacks of bronchitis, as may people with chronic sinusitis.

Bronchitis is usually mild and normally doesn’t cause any long-term damage, but it can become serious in elderly people, people who smoke, or those who are chronically ill with heart or lung disease.

What are the symptoms of infectious (acute) bronchitis?

Infectious bronchitis commonly occurs in winter. It often starts with similar symptoms to that of a common cold — tiredness and a sore throat — then a cough develops. This cough is often dry at first but later on becomes productive, with white, yellow or green sputum being coughed up. If the attack is severe, fever may result.

If the symptoms persist or get worse, your doctor may send you for a chest X-ray to ensure you haven’t developed pneumonia, which can be a serious complication of bronchitis.

What is chronic bronchitis?

The predominant change in the lungs is that more mucus is produced by the lining of the bronchi which leads to a cough, as opposed to infectious bronchitis which is predominantly inflammation of the airways. Smoking is the most common cause of chronic bronchitis.

Often, continued exposure to the irritant can lead to progressive worsening of the condition, and inflammation and scarring of the small airways make breathing more difficult.

Emphysema may develop — this is when the irritants also promote destruction of the alveolar air sacs. This makes it hard for the lungs to support any kind of exertion without the person becoming breathless. Bronchitis and emphysema may occur separately but often occur together.

How is bronchitis treated?

If you have acute bronchitis, your doctor may advise you to:

Most cases of acute bronchitis do not require antibiotics. However, if you are coughing up lots of yellow or green sputum, you have a very high fever that won’t go away, or you are particularly unwell, your bronchitis may have a bacterial cause. In this case, your doctor will prescribe antibiotics, which should quickly clear up the infection.

If you smoke, stop — at least until you feel better, if you can’t give up at this stage. However, you should be aware that if you continue to smoke you greatly increase your risk of developing recurring chronic bronchitis and other serious diseases.

There are several options your doctor may recommend if you have chronic bronchitis. 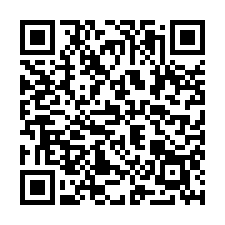